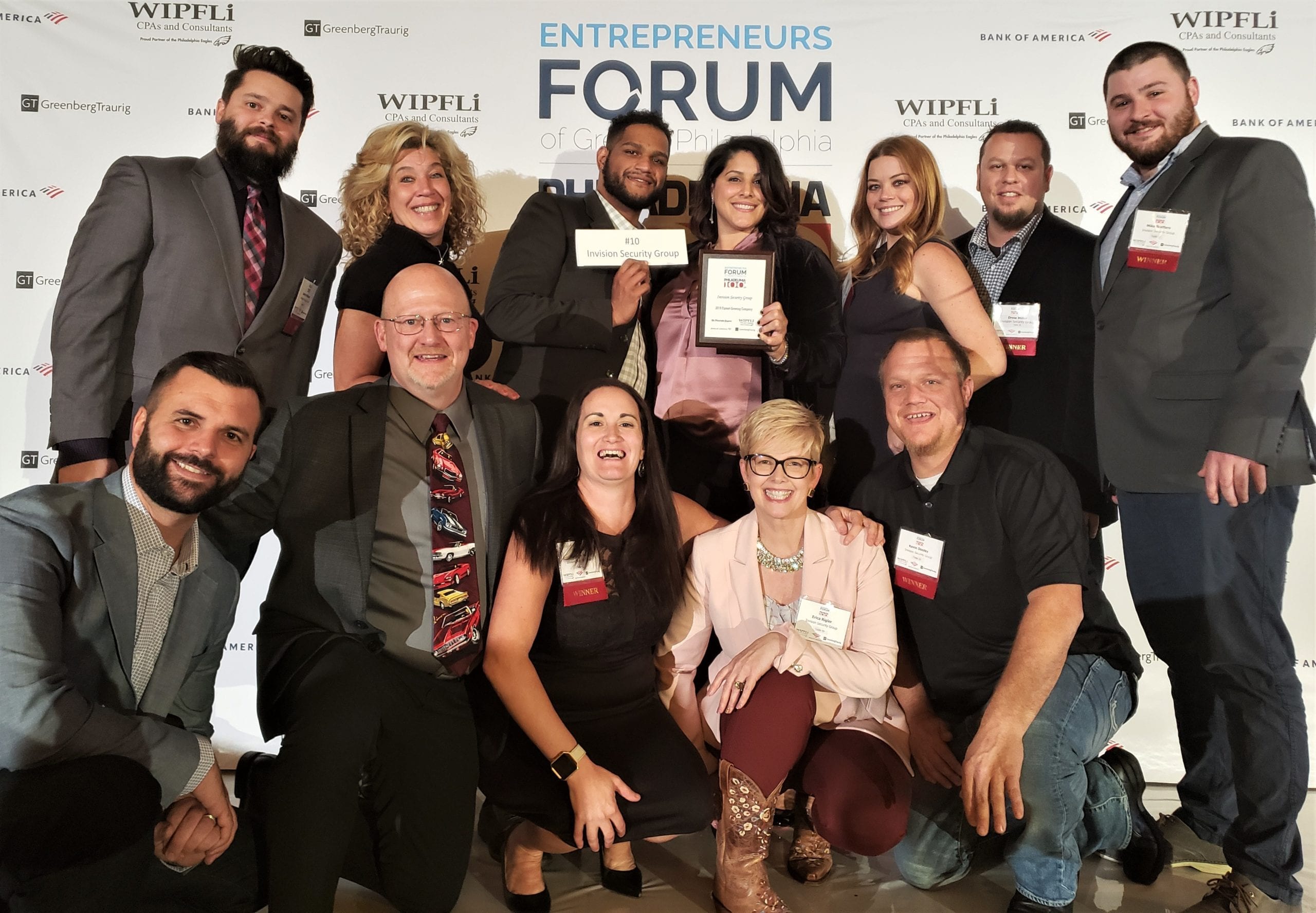 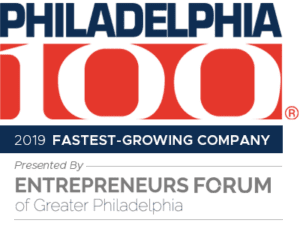 Other Top Philadelphia100 companies include Kinetix, beMarketing, and Mobile Outfitters to name only a few.

Without the team that we have in place, it simply wouldn’t be possible. We’ve created and developed something so special, and thrive in making a tremendous impact with everyone we protect.

“Being recognized as one of the top 100 fastest-growing companies in the Philadelphia Area is a testament to our commitment to delivering a remarkable client experience, consistently,” said Brandon Smith, Vice President & CEO. “Without the team that we have in place, it simply wouldn’t be possible. We’ve created and developed something so special, and thrive in making a tremendous impact with everyone we protect.”

On October 24th, the Co-founders & Staff of Invision Security Group attended the Philadelphia100 Awards Ceremony and Celebration, at the Crystal Tea Room in the Wanamaker Building, to receive the award and be recognized along with their peers. The inquirer put on a beautiful event and dinner for the winners. There was also an opportunity to network with other representatives from the Top 100 Businesses of Greater Philadelphia. The Invision Security Group team celebrated this great achievement, among many other honors received this year, as they gear up for the holidays and look forward to another successful quarter.

Invision Security Group is a women-led, family-owned organization with nearly 300 years of combined industry experience.  Born as a result of passion and tireless commitment to protecting the interests of people, Invision is a leading integrator for electronically controlled integrated solutions throughout Philadelphia and the Tri-State Region. Since our inception, our success has come from a strong commitment to quality. This commitment to excellence has resulted in many highly regarded installations from a wide-ranging group of different industries that needed the integration of access control, intrusion detection, and video surveillance.

To learn more about the culture and industry impact of Invision Security Group, you can follow them on social media.