What Is An Intrusion System

Intrusion alarms sometimes referred to as burglar alarms work with a network of motion detectors, door and window sensors integrated with a control panel. These systems are then monitored by the monitoring company.  These elements all work together as one system to detect breaches at your place of business, and alert you or the authorities. 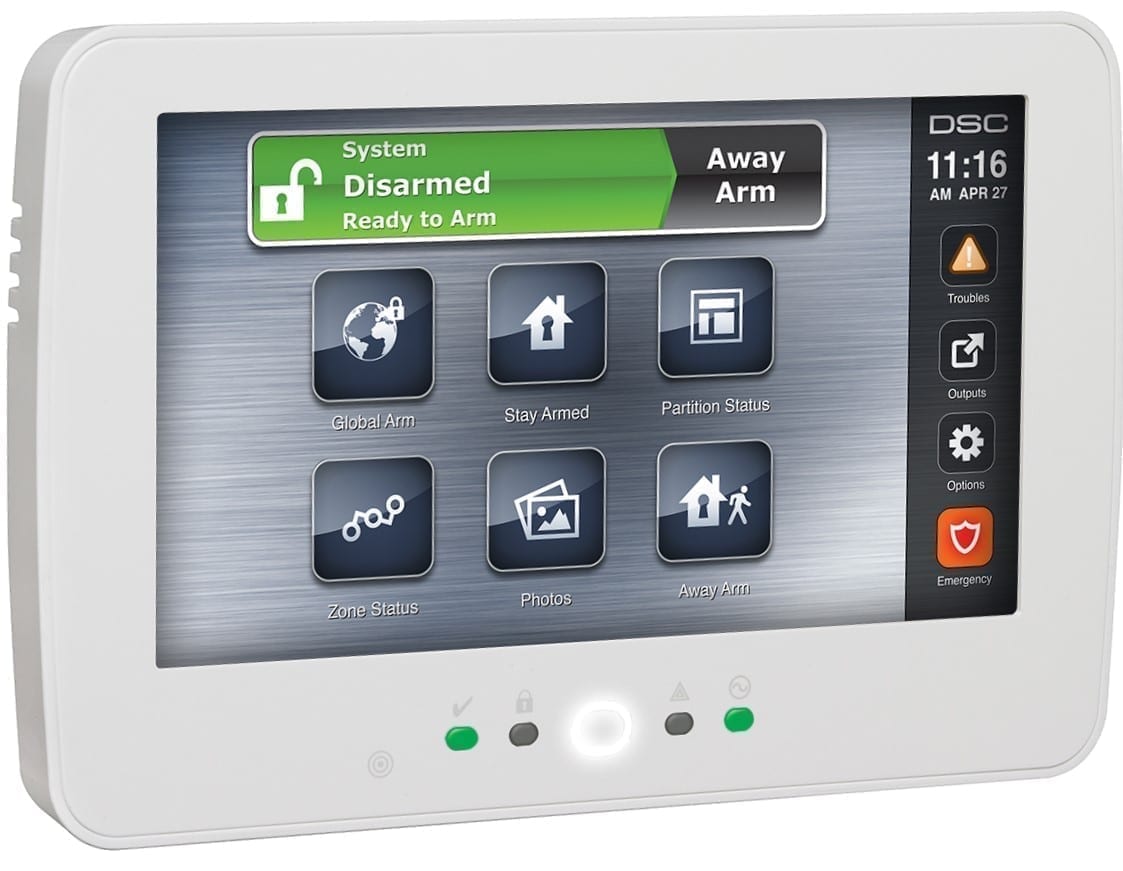 The alarm system is integrated with a touchpad or touchscreen, this enables the alarm to be armed and disarmed. Usually, the only way to turn off the audible alarm is by punching the alarm’s PIN into the touchpad.

The intrusion alarm systems monitor an area or the perimeter of a commercial building for breaches, such as opening a door or breaking a window. These systems can also cover a room or specified location inside or outside the building.  The alarm system does this by creating an electric circuit, called either an open-circuit or closed-circuit.

A closed-circuit is one intrusion system design, and when an electric current is constantly running around the perimeter of the building, breaking the circuit – by opening a door or window – cuts off the electric current. This trips the alarm system and sets off the corresponding alarm. Closed-circuit systems are also tripped if the burglar cuts the power, as the circuit is broken.

The difference in utilizing an open-circuit system design, electricity only flows when the trigger is activated; opening the window, for example and completing the circuit sets off the burglar alarm.  Invision Security utilizes the open-circuit method when possible adding value to our installations by cutting costs for the business owner long term on electricity.

What Does the Control Panel Do?

The circuit and sensors alarm system are monitored by the control panel that is like a brain for the system or computer that arms the security system and detects breaks in the electric circuit. This control panel has its own power supply.  This is done, so the intruder cannot cut off the power before breaching the perimeter. When the circuit is broken, the Control Panel will either sound an audible alarm or alert the security company – in some cases, both.  Note that the control panel and the touchpad are not necessarily in the same place.  The panel is often hidden in an out-of-the-way space to make it harder for burglars to find and disable.

How Do Wireless Alarm Systems Work?

Wireless burglar alarms work similarly to wired ones, but the sensors communicate with the control panel via a radio frequency. The control panel will then communicate with you or Invision Security by a wireless connection – often WIFI, Bluetooth or a cellular signal. These kinds of systems often work as an integration within smart building systems, or IoT, (Internet of Things).

Circuit alarm systems do an excellent job of protecting the perimeter of your building and detecting any breaches from the doors or windows. But what about outside the building, or if the burglar has managed to find their way in? This is where motion sensors come into play.

Radar-based motion sensors monitor rooms using microwave energy, which is emitted into short bursts that bounces back at the motion sensor in the same pattern it was emitted. If the pattern comes back broken due to an intruder entering the room, then the motion sensor detects this and trips the alarm.

Photo-Sensor motion detectors emit beams of light that connect with a light sensor, creating a circuit of sorts. When something moves in the room and blocks the light signal, the sensor picks this up and alerts the control panel.

Sound sensor detection devices work by “listening” for sound volumes outside of a preset ambient range. When a sound is detected outside the permissible range, an alarm will sound. They may also be used to identify certain sound patterns or algorithms.

Capacitance sensor devices are able to detect changes in electrical charge and are especially used to defend safes and vaults. They are usually used as proximity-type sensors, but can also be applied in boundary penetration detection.

Impact sensors work by detecting and record sudden air pressure changes or shock to alert the system of dangerous impact or force.

There are three main forms of vibration sensor, or accelerometer. These use sensitive internal structures to detect and measure vibrations or change in motion and convert it to an electrical current. Applications range from anti-theft devices to vehicle motion sensors and vibration in aerospace.

Glass Break Sensors can detect not only the impact which causes glass to break, but also the sound frequencies of PIR, breaking or broken glass. These are often used for facilities with large windows or glass doors, which are inviting targets for break-ins.

Passive Infrared, PIR, these sensors detect infrared energy, enabling them to detect dramatic increases of heat in a room that would occur when a burglar enters an empty room.  When any of the above-mentioned motion sensors detect motion in the room, it will automatically alert the control panel, setting off the alarm.

Panic alarms or “panic buttons” deliver fast emergency response when activated by a person or program. These are used to protect people by transmitting alarms indicating a need for assistance. This is the highest priority level of all alarms.

What Happens When an Intruder Tries to Get In?

When an alarm system detects a breach, it will sound the audible alarm and alert anyone in the vicinity and potentially scaring away the Intruder.  Many intrusion alarm systems are monitored by a professional security company.  Invision Security is automatically alerted when an intruder (or other disturbance) triggers the alarm.  Invision Security will then get in touch with the emergency contact for the address, check on the situation, and in emergencies, contact the police or fire department.

Why purchase an intrusion alarm system?

An intrusion detection system is a core part of your business’ safety and security strategy.  If your business is not operating 24 hours a day 7 days a week all 365 days a year, then call us at Invision Security.  Someone needs to monitor and protect your facility when you’re not there.  The only way to protect a commercial building is by having 24/7 monitoring alarm services.  Our technicians will make sure your alarm system will operate with your other security systems in place.  Our sales team understands how to meet your real facility needs.  Invision Security is a full-service integrator, we sell security products, we install our security product lines, and we monitor our customers at our own monitoring center.  We can fully integrate all your security systems including access control, intercom, video cameras, intrusion alarm system and fire alarm systems.

Intrusion alarm systems are utilized in every type of commercial businesses;  schools, colleges and universities as part of their emergency security plans.  And manufacturing, warehouses and industrial business also use intrusion alarms to protect their assets and property including expensive industrial and manufacturing equipment.  Small business and offices utilize the alarms for their personal safety of staff, property, computer equipment and data security.  Whether you are a church or nonprofit organization, business of all types utilizes the benefits of having an intrusion alarm system securing their business at the core of their emergency safety plan.  The value in savings, with the solutions alone, pay for itself.  If you are interested in seeing how Intrusion technology can improve your site security, contact us at Invision Security today for a free consultation.

Previous Post
Why Choose License Plate Cameras for Your Business